This Bud’s for you!

So it’s Monday June 22nd, 9:30 at night and I am thinking there will be no storms tonight YEA, I need a break and boom another one comes in fast and furious.  How many so far???

I have to tell you this was one of the scariest storms I have ever chased.  Flashes of lightning in the clouds hitting in ALL directions.  You could not tell where the bolts were going to strike.  Now that’s very dangerous.  This storm really scared me. There were times I would not even get out of the SUV.  I chased this storm all over Boulder County open space looking for something interesting to photograph with the storm in the right position.  Not always easy. It was heading North.  This storm was so amazing and one of the only storms I have ever chased in 20 years like it.  I was able to stay with this storm and it seemed we were traveling at the same speed.
My location was always right off the middle in the rain.  So north we went…. looking for something good.  Seemed I was always by houses and not the subjects I was looking for.  And when I did find something, the storm was not in the right position. Went through Berthoud…. then Loveland…. then Fort Collins… and then… it happened.  I was finally out of residential areas and in wide open space and there it was…  The Budweiser plant, all lit up and ready for me. And I have to tell you it was crazy. Flashes in all directions and very dangerous.  When I first started shooting I would hit my shutter button and then sit in the back of the SUV with my feet off the ground.  ( Fact:” Rubber shoes will not give you any meaningful protection from lightning.”  So I am guessing my official Lightning shoes, crocs will not give “Meaningful “protection.  Better than spikes 😉 That went on for a while. It got less threatening after a little time and I could relax without as much worry. The stormed hung in there till a little after midnight before heading into Wyoming.  I almost kept going and I did for a little while but it was time to call it a night.  http://www.TheLightningMan.com   Print Gallery: http://www.AZLIghtning.com 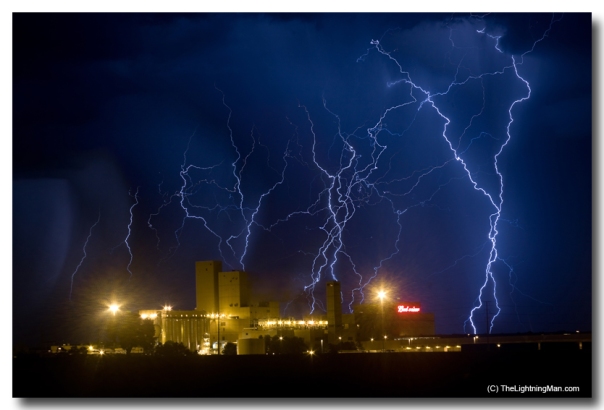 Last night was another night of chasing Lightning storms.  It is crazy trying to get to a good location before the storm moves on.  I have a few shots/Locations  that I am working on.  Hoping to pull them out before summer is over.  Here is an Image from last nights storm.  It was one of the first shots I took and then… did not get much after that besides soaking wet!

I did an Interview with the Daily Camera too.  Look for some images in the paper.  Every day I pinch myself cause I can not believe I live here.  What an incredible place Boulder County is!!!

Here is a link to the Gallery:  http://bit.ly/tHMFt

You have to love living in Boulder County.   Summer is the best!  I was out chasing lightning today and did not get te shot I was working on.  So as a Back up I can chase Rainbows too!  Here is a link to the print Gallery: http://bit.ly/vGUEw 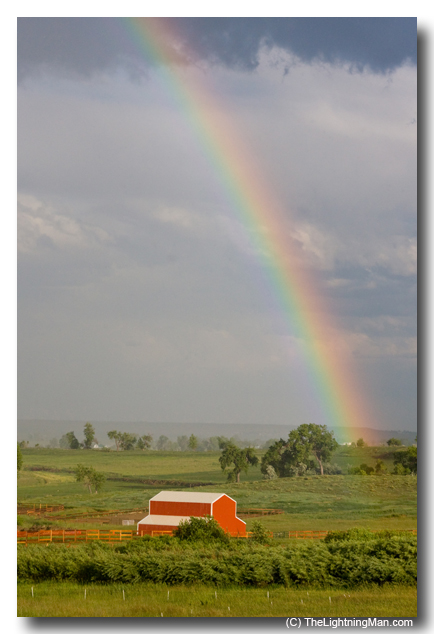 Boulder County Lightning Thunderstorm 06.05.09  The tricky part was finding a quick location.  These storm coma and leave so quickly.  I wanted to get a car light trail in the image, so I set up shop near Hygiene on 17th street.  Here is the Image.  You can see more Images in my gallery at www.TheLightningMan.com 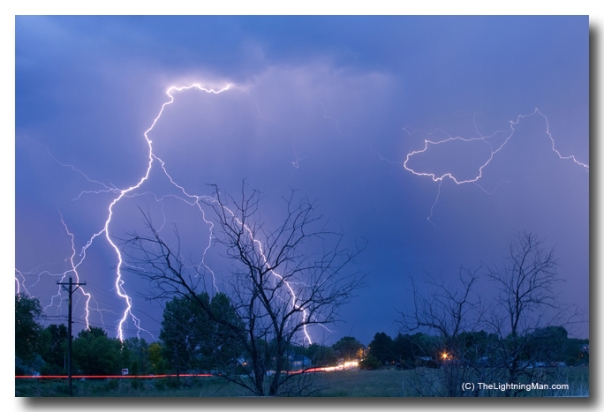 More Images In My Gallery at http://www.AZLightning.com

I have been a storm chaser for over twenty years.  It is my challange to get some great images of lightning here in Boulder County.  This is an Image from last nights strm. Hope you like.  Comments… questions …  welcome.

Lightning thunderstom 06.15.09. Many lightning strikes on McIntosh Lake.  Boulder County, Colorado. Striking Photography by Bo Insogna TheLightningMan.com . Black and white print available in all sizes.  Great for your home, office or as a gift. Will liven any decor.

Here is a link to the Lightning Gallery:   http://bit.ly/abRye

Link to the Gallery: http://bit.ly/abRye

Co to AZ and back. Bryce Canyon

Bryce is famous for its worldly unique geology, consisting of a series of horseshoe-shaped amphitheaters carved from the eastern edge of the Paunsaugunt Plateau in southern Utah. The erosional force of frost-wedging and the dissolving power of rainwater have shaped the colorful limestone rock of the Claron Formation into bizarre shapes including slot canyons, windows, fins, and spires called “hoodoos.” Tinted with colors too numerous and subtle to name, these whimsically arranged rocks create a wondrous landscape of mazes, offering some of the most exciting and memorable walks and hikes imaginable.   http://tinyurl.com/m35exx