← Co to AZ and back. Bryce Canyon
Boulder County Lightning →

I have been a storm chaser for over twenty years.  It is my challange to get some great images of lightning here in Boulder County.  This is an Image from last nights strm. Hope you like.  Comments… questions …  welcome.

Lightning thunderstom 06.15.09. Many lightning strikes on McIntosh Lake.  Boulder County, Colorado. Striking Photography by Bo Insogna TheLightningMan.com . Black and white print available in all sizes.  Great for your home, office or as a gift. Will liven any decor.

Here is a link to the Lightning Gallery:   http://bit.ly/abRye 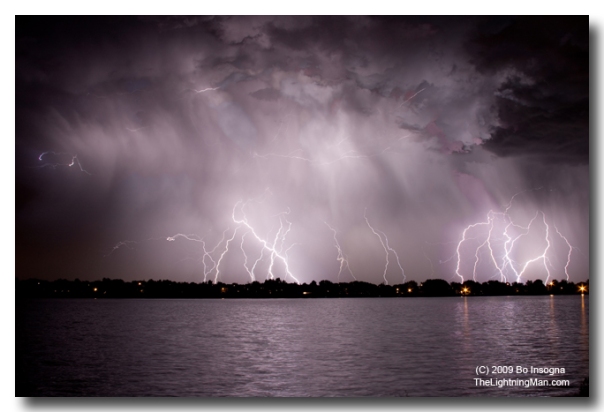 Link to the Gallery: http://bit.ly/abRye

← Co to AZ and back. Bryce Canyon
Boulder County Lightning →