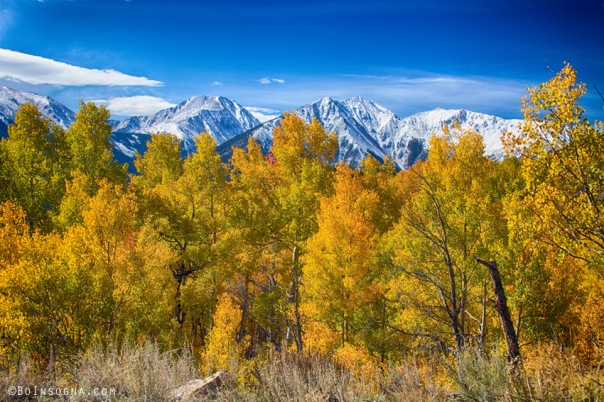 Independence Pass is a high mountain pass in the Rocky Mountains of central Colorado in the United States. It is at elevation 12,095 ft (3,687 m) on the Continental Divide in the Sawatch Range. The pass is midway between Aspen and Twin Lakes, on the border between Pitkin and Lake counties.

State Highway 82 traverses it, in the process reaching the highest elevation of a paved Colorado state highway on a through road.  After Cottonwood Pass to the south, it is the second-highest pass with an improved road in the state, the fourth-highest paved road in the state  and the highest paved crossing of the Continental Divide in the U.S.  Because of the heavy snowfall at its elevation, it is closed in wintertime, isolating Aspen from direct access from the east during the ski season.