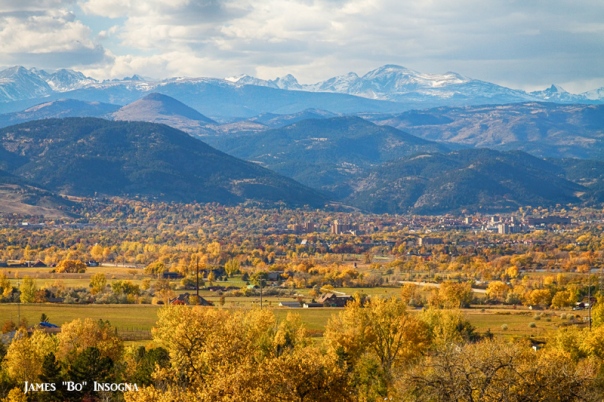 A golden scenic overlook autumn landscape view of the city of Boulder Colorado,  looking over the University up to the majestic snow dusted rocky mountains continental divide.