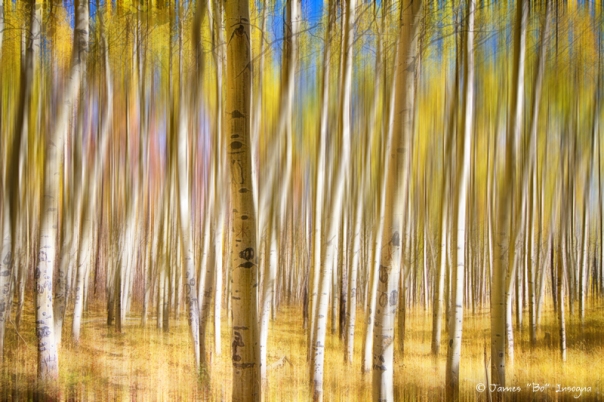 A surreal abstract view into  a Colorado autumn aspen tree  forest high up in the Rocky Mountains with golden grass and blue sky.