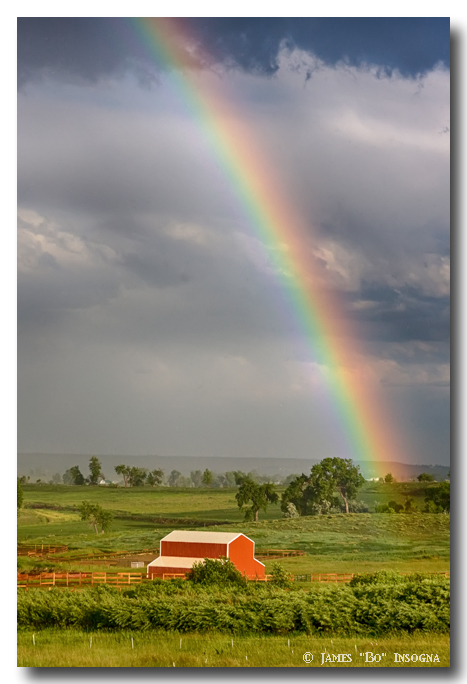 A rainbow can be defined as a band of colors (from red on the inside to violet on the outside) assembled as an arc that is formed by reflection and refraction (or bending) of the sun’s rays inside raindrops. They appear when it is raining in one part of the sky and sunny in another.
You can never… actually reach the end of a rainbow, where a pot of gold supposedly sits. As you move around, the rainbow that your eyes see moves as well, because the raindrops are at different spots in the atmosphere. The rainbow, then, will always “move away” at the same rate that you are moving.