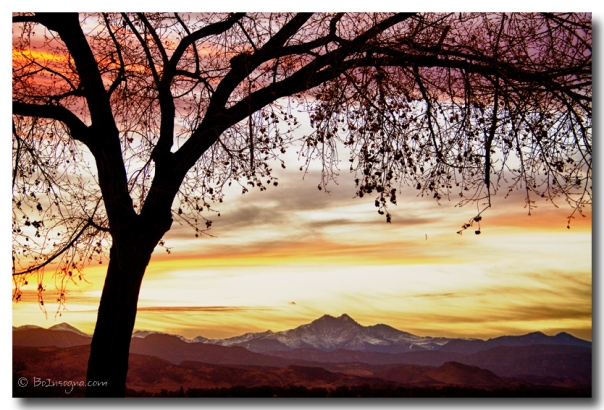 Longs Peak is Colorado’s northernmost Fourteener. It’s the highest peak in Rocky Mountain National Park and Boulder County and the 15th highest peak in Colorado. It has one glacier-Mills Glacier. This remnant glacier of a once larger glacier that once encased the eastern side of the mountain in ice, lies at 12,800 feet below the East Face and above Chasm Lake.

Longs Peak is one of the 54 mountains with summits over 14,000 feet in Colorado.  It can be prominently seen from Longmont, Colorado, as well as from the rest of the Colorado Front Range.