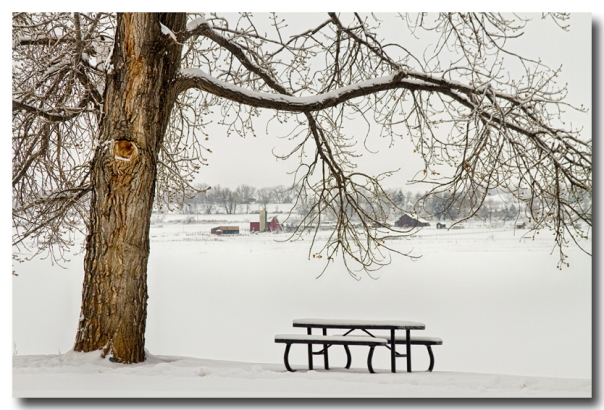 This was the view today…  picnic table under a large cottonwood tree, the perfect place to sit on a warm day with a view over McIntosh lake to the red barn at the Lohr-Mcintosh Farm and Longs and Mount Meeker out of camera view.  Boulder County, open space, Longmont Colorado.  We got quite a bit of snow, about a Foot or so with nice temperatures all making for a great day to play in the snow.