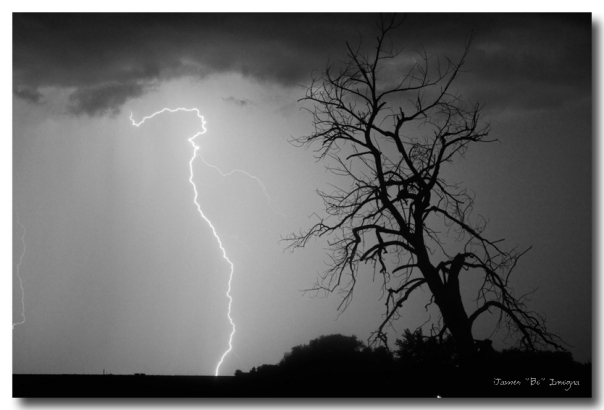 Lightning Fact – Lightning can reach over five miles in length, raise the temperature of the air by as much as 50,000 degrees Fahrenheit (27,700 degrees Celsius), and contain a hundred million electrical volts. If you can hear thunder, you are within 10 miles (16 kilometers) of a storm and can be struck by lightning. Use the 30-30 rule, when visibility is good and there is nothing obstructing your view of the thunderstorm. When you see lightning, count the time until you hear thunder. If that time is 30 seconds or less, the thunderstorm is within six miles (ten kilometers) of you and is dangerous.

When One Door Closes Another Opens

Golden Beams Of Sunlight Shining Down