Red Barn on a Farm and What a Beautiful Sight 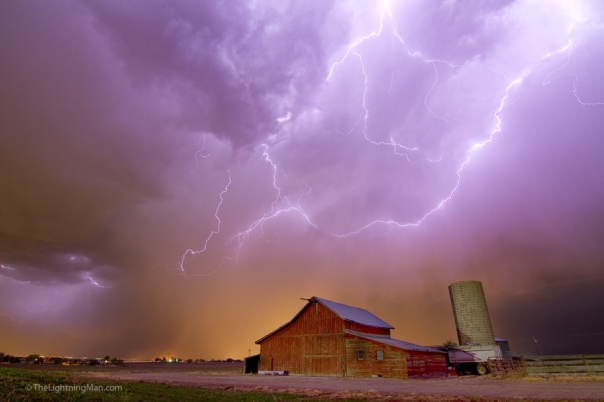 A Colorado spring thunderstorm striking in the late night above a red barn on a farm and what a beautiful sight.  This is another one  my first storm chase of the 2014 season and what a great show. It was a great night of many images to be had of this beautiful thunderstorm landscape, as you can tell from recent post.

Nice to see the agriculture plains sky light up  like this.   Farming community North East of Longmont.   Custom prints available online of  Red Barn on a Farm and What a Beautiful Sight

We Have Front Row Seats for the Thunderstorm