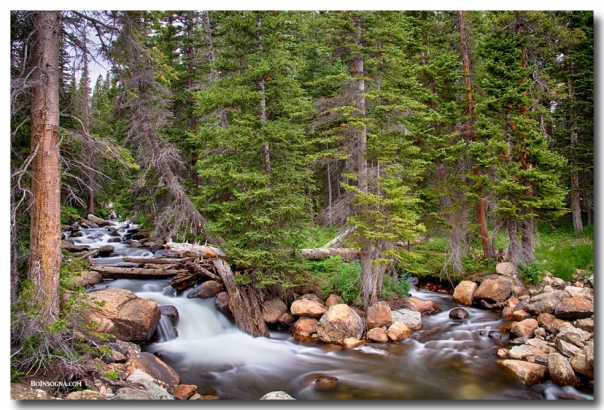 Colorado Rocky Mountain stream with cascading waterfalls coming down from Longs Lake in the Indian Peaks Wilderness Area, Boulder County Colorado.   This is a long exposure with ND filter.

Sleeping Under the  Milky Way Stars

Eye of The Forest