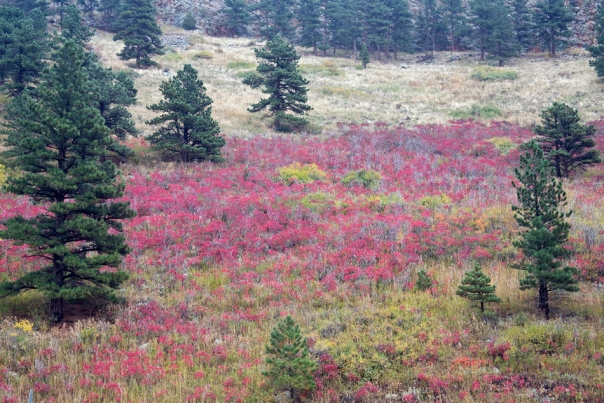 The wall of the Colorado’s rocky mountain canyons painted red with these beautiful underbrush,  a fantastic addition to the golden autumn aspen trees.   This is a view in Left Hand Canyon in Boulder County, Colorado.

Back Road To Autumn

Longs Peak a Colorado Playground In Black and White