Afternoon thunderstorms roll in to the high elevation in the Colorado Rocky Mountains almost on a daily basis in the late spring into summer.  Lightning strikes once or twice also moves in and out pretty fast.  Mostly in the early or late afternoon time of day.  It is vary hard to catch a still shot without a lightning trigger.  At this time I do not use one nor have I ever used one.

This is the first image that I have caught lightning in the high elevation of the mountains.  Watch the storm tracking and really though this was a good chance and it happened according to plan,  4:00pm, June 13th, 2015.  13 is a lucky number in our family because it is my sisters Kathie’s birthday.  She passed away a few years ago so I can only think she had something to do with this image. Happy Birthday Kathie!

This is a view of lightning striking over Rollinsville Colorado, Gilpin County.  The snow covered continental divide is right below the lightning bolts hidden in the clouds. 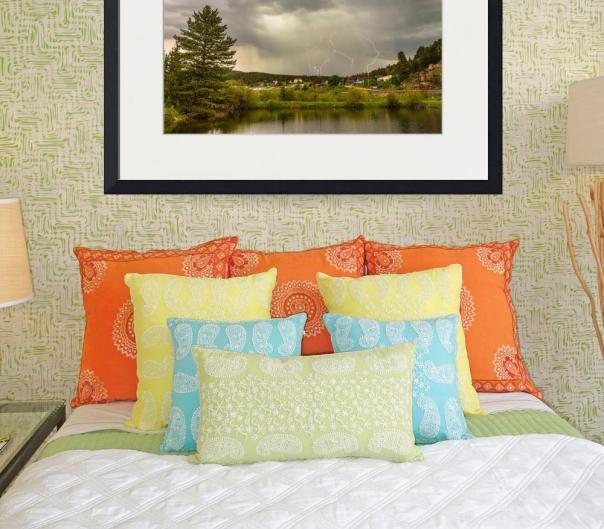 Lightning Thunderstorm On The Colorado Plains

Dancing Thunderstorm Cell On The Horizon

Lightning At Sunset With Star Trails Above