It Was A Stormy Starry Night 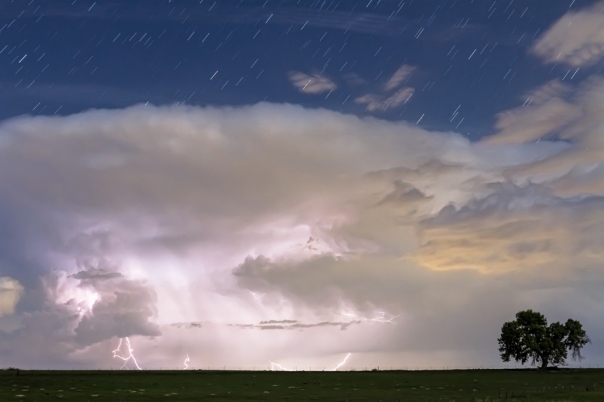 Another scenic view into a thunderstorm cell with lightning striking, blue sky and star trails above and a lone tree on the horizon.

North east Boulder County Colorado looking to the east and out to farm county.

This is a 4 image stack equal to a 2 minute exposure to keep the noise very low. 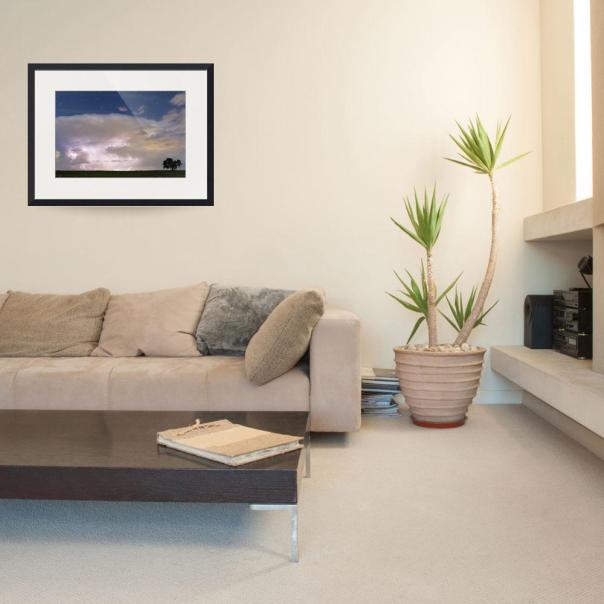