Springtime Thunderstorm On The Colorado Plains 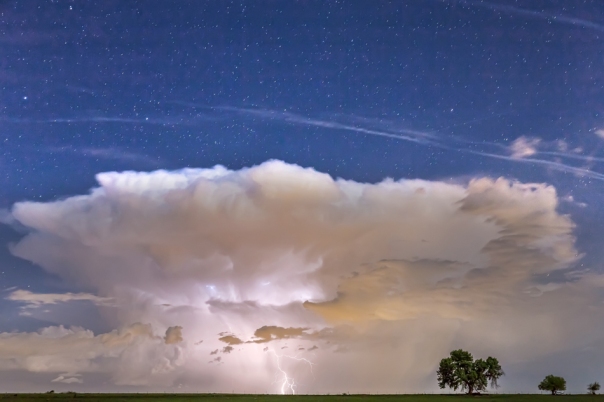 Springtime  lightning storms kick up on the Colorado farming plains.    Lightning strikes from this storm cell cloud with blue skies and stars above.  What a beautiful sight and night.

It Was A Stormy Starry Night