Lightning At Sunset With Star Trails Above 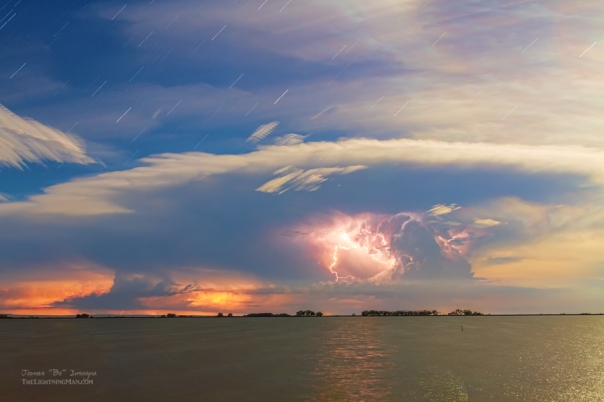 Fantastic lightning show all across the eastern horizon.   This is a view from Jackson Lake in Morgan County Colorado looking East.  These thunderstorm cells  went around us giving us a great side view and show as they went out in the NE direction right past our location.  Lightning kicked up right after sunset and went on into the night.  There was a day a way full moon to the right out of frame and stars shinning bright above.  This is a stack image to get the star trails equal to almost a 3 minute exposure.